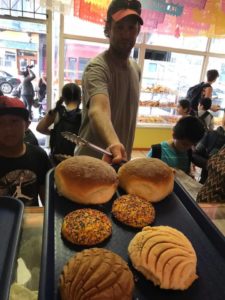 Our everyday Menu includes the Pan de Concha which translates to sea shell, it comes in pink, white, and chocolate sugar toppings. From the Concha’s same ingredients we make the Chilindrinas, named after a freckled faced child character from the Mexican childrens show called El Chavo del Ocho, another favorite is the Lima, named after the limes and their belly button-like trademark, La Novia, translated the bride, gets its name because of the spiral-like dress topping it has covered in sugar, the Granada named after the pomegranate because it is formed to resemble the top part of the fruit, and still others with names just as humorous as the fore mentioned from the same pan de huevo ingredients translated bread made with egg.

Another favorite comes from the pan de huevo ingredients but with added egg, called Cuernos translated horns, they are either washed with egg to give them a shiny shell-like appearance or covered in sugar. These Cuernos by far are one of our larger breads made daily, then smaller forms are created with the same dough called Bigotes translated mustaches, and Corbatas translated bow ties, the latter two are covered in sugar. From this same mix we make the Picone, you can translate that one.

We make pan de manteca which is bread with lard in it, like the Elotes, which means corn, the Cuernito which means the little horn and the bakers on occasion make different shapes to humor themselves while baking. These breads are filled with a pasta or paste-like dough that is usually yellow in color. They make other breads from this mix like the Nopal. 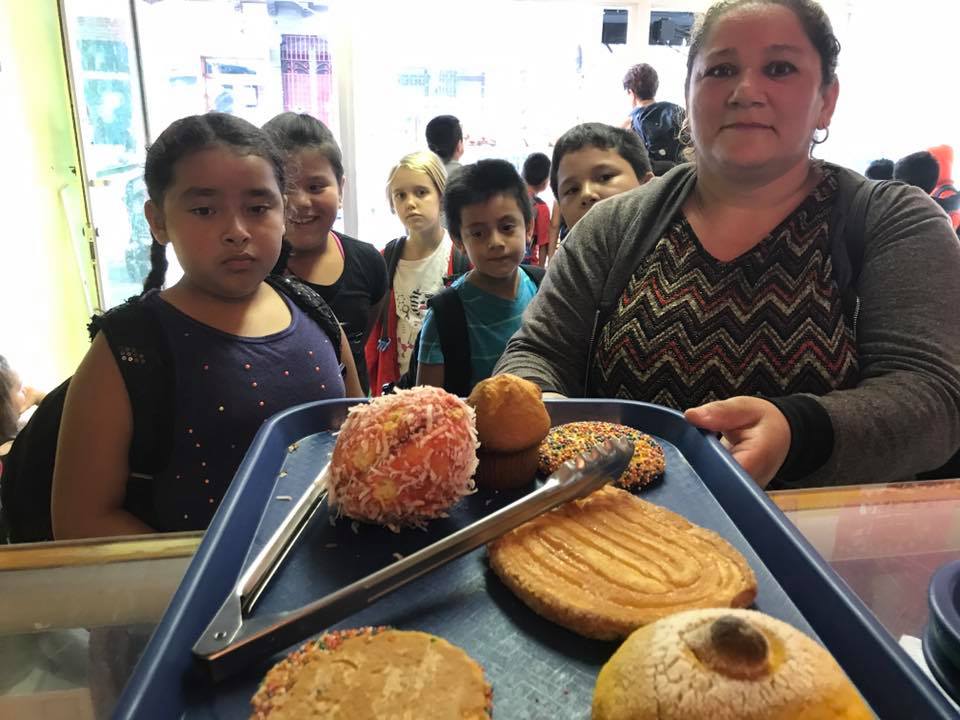